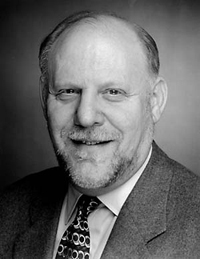 THE CLEVELAND MUSEUM OF ART ANNOUNCES THE DEATH OF ITS DIRECTOR, ROBERT P. BERGMAN

Robert P. Bergman, director of the Cleveland Museum of Art since 1993, died early this morning at University Hospitals in Cleveland after a progressive two-week illness with a rampant and very rare blood disorder. He was admitted to University Hospitals on Monday, April 26, after suffering from back and neck pains. Dr. Bergman is survived by his wife Marcelle and daughter Margaret (14), and his mother Ethel and brother Ed, both of Princeton, NJ. A memorial service will be held at the museum at 2 p.m. on Saturday, May 15, 1999. In lieu of flowers the family requests donations be made to the Cleveland Museum of Art.

Michael Horvitz, president of the museum's Board of Trustees, made the announcement to the staff this morning. Mr. Horvitz commented: "Cleveland has lost a great citizen; the museum world has lost a great leader; and I have lost a great friend. Bob Bergman was an inspiration to know, and his impact on the Cleveland Museum of Art will be felt for many years. We all will miss him dearly."

Dr. Bergman's colleague, Glenn D. Lowry, director of the Museum of Modern Art in New York, said: "All of us in the museum world are shocked and saddened by Bob's untimely death. We have lost one of our most talented and distinguished leaders. Bob was an extraordinarily gifted teacher and generous friend and colleague, whose passion for the arts, commitment to scholarship, and exemplary career set a standard for all of us in the art world. For his many friends around the world his death leaves a void that cannot be filled. Our hearts go out to his wife Marcie and his daughter Maggie." Popular with the museum's public, Dr. Bergman lectured annually on art historical monuments to standing-room-only audiences. He was interviewed and quoted by national news media on subjects of international importance such as the emerging dilemma of Nazi-looted art in museum collections.

He came to Cleveland from Baltimore, where he served as director of The Walters Art Gallery from 1981 to 1993. Dr. Bergman's museum tenures were characterized by excellence and innovation in acquisitions, scholarship and presentation of collections and exhibitions, and by leadership in public service and education.

His directorship of the Cleveland museum will be remembered for transformational milestones throughout the museum's departments, including the following: annual attendance growth from the mid 400,000s to the mid 600,000s; three of the institution's five highest-attended exhibitions (Pharaohs: Treasures of Egyptian Art from the Louvre, Fabergé in America, and Vatican Treasures: Early Christian, Renaissance, and Baroque Art from the Papal Collections, which he co-curated); 30 galleries renovated or reinstalled out of 70; transformation of annual financial results from deficit to surplus; completion of a strategic plan incorporating a new mission statement, visitor-centered focus, and a future-based facilities planning process (now underway); and major acquisitions in all areas including such masterpieces as the Annibale Carracci painting Boy Drinking, a 13th-century Pisan altar cross, Constantinian gold jewelry, a pair of 4th-century Maya ceramic figures, a Central Asian child's silk coat and pants, Renaissance armor by Pompeo della Cesa, and Andy Warhol's Marilyn x 100.

Born and raised in New Jersey, Dr. Bergman received his B.A. from Rutgers University, where he was elected to Phi Beta Kappa, and his M.F.A. and Ph.D. from Princeton University. A specialist in the history of medieval art and architecture, he received numerous grants and awards, including Fulbright and Guggenheim fellowships and the Rome Prize Fellowship of the American Academy in Rome. From 1971 to 1981 Dr. Bergman pursued a full-time academic career, most notably as Assistant Professor of Art and Archaeology at Princeton University from 1972 to 1976 and then as Associate Professor of Fine Arts at Harvard University from 1976 to 1981. He began his career in 1969 as Visiting Instructor at Lincoln University in Oxford, PA, the oldest historically black college in the United States.

Dr. Bergman participated widely in national cultural affairs and published and lectured extensively on subjects ranging from medieval art and architecture to the role of museums in contemporary society. He was immediate past Chairman of the Board of the American Association of Museums, the world's largest national association of museums and museum professionals, which held its annual meeting in Cleveland last week. He served as President of the Association of Art Museum Directors and was immediate past- Chairman of the Board of the American Arts Alliance, the principal advocate for the nation=s art museums, symphony orchestras, opera companies, professional theaters, dance companies and presenting organizations before Congress and the agencies of the federal government. In Baltimore he served by appointment of the Mayor and City Council as one of four committee chairs of the Baltimore City Public School Task Force on the African/African American Curriculum. Among various civic activities in Cleveland he served as Chairman of the Cleveland Cultural Coalition and on the Board of Trustees of the Greater Cleveland Growth Association. He was Adjunct Professor of Art at Case Western Reserve University.

In lieu of cards or flowers, the family requests that donations may be made to the Cleveland Museum of Art for the Robert P. Bergman Memorial Fund.

This page is reposted from the Cleveland Museum of Art