Tamara Sears is Associate Professor of Art History at Rutgers University. Her research focuses on the art and architectural history of South Asia, with a particular focus on the Indian subcontinent. Her first book, Worldly Gurus and Spiritual Kings: Architecture and Asceticism in Medieval India (Yale University Press, 2014), received the PROSE award in Architecture and Urban Planning. She is currently completing a second book that examines the relationships among architecture, environmental history, and travel on local, regional, and global scales. A third book project, on architectural revivalism and rhetorics of secularism in twentieth century temple architecture, is currently underway.  Her essays have appeared in well over a dozen volumes and journals, including The Art Bulletin, Ars Orientalis, and Archives of Asian Art. Her research has been supported by grants and fellowships from Fulbright, the J. Paul Getty Foundation, the National Humanities Center, Dumbarton Oaks, and the Clark Art Institute. She was recently elected Vice President of the American Council for Southern Asian Art, for a 4-year term beginning in September 2022, after which she will serve an additional term as President of ACSAA, from 2026-2030. 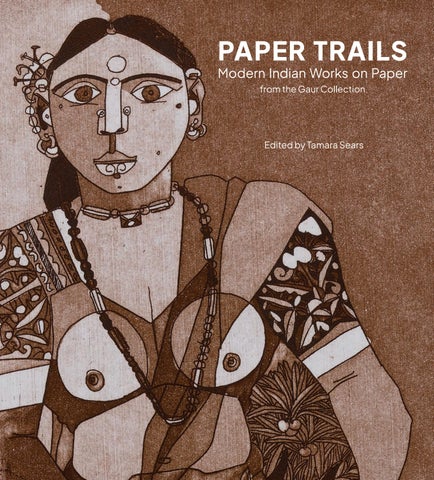 “Ibn Battuta’s Buddhists: Monuments, Memory, and the Materiality of Travel” in Encountering Buddhism and Islam in Premodern Central and South Asia, edited by Blain Auer and Ingo Strauch (De Gruyter, 2019), 97-127.

“The Shape of Babur’s Lake: Architecture and Water in the Central Indian Frontier,” in Water Histories of South Asia: The Materiality of Liquescence, edited by Venugopal Maddipati and Sugata Ray (Routledge, 2019), 19-36.

“In the Gaze of the Guru: Shikshadana Scenes at Khajuraho,” in Art, Architecture and Iconography in South Asia A Felicitation Volume in Honour of Dr. Devangana Desai, edited by Anila Verghese and Anna L. Dallapiccola (Delhi: Aryan Books, 2015), 151-168.

“Encountering Ascetics On and Beyond the Indian Temple Wall,” in History and Material Culture in Asian Religions, edited by Benjamin Fleming and Richard Mann (London: Routledge, 2014), 172-94.

“From Guru to God: Yogic Prowess and Places of Practice in Early-Medieval India,” in Yoga: The Art of Transformation, edited by Debra Diamond (Washington, D.C.: Arthur M. Sackler Gallery, 2013), 47-57.

“Building Beyond the Temple: Sacred Centers and Living Communities in Medieval Central India,” in A Companion to Asian Art and Architecture, edited by Rebecca Brown and Deborah Hutton (Oxford: Wiley-Blackwell, 2011), 123-152.

“Fortified Maṭhas and Fortress Mosques: The Reuse of Hindu Monastic Sites in the Sultanate Period,” Archives of Asian Art 59 (2009): 7-31.

“‘Whither Vernacular?’: Discussions from the Seminar,” in Traditional and Vernacular Architecture, edited by Subashree Krishnaswami (Madras: Madras Craft Foundation, 2003), 133-40.