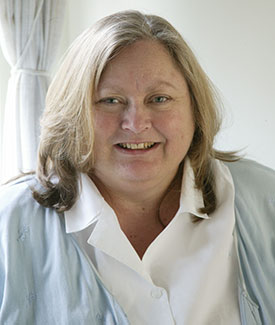 Kristen Van Ausdall, professor of art history at Kenyon, died Oct. 27 at Stanford University Medical Center in California. A resident until recently of Mount Vernon, Ohio, she was 68.

“Kristen Van Ausdall was a model Kenyon faculty member,” said President Sean Decatur, “a dedicated mentor to her students, whether in Gambier or in the College’s program in Rome, a creative teacher in the classroom, and a supportive colleague on campus. She will be missed by us all.”

A native of California, Van Ausdall earned her bachelor’s degree at Humboldt State University there before going on to acquire a master’s from the University of Oregon and a doctorate from Rutgers University. She first joined the Kenyon faculty in 1988 for a three-year stint as a visiting instructor. She returned to the College in 2000 as a visiting assistant professor, won a tenure-track position the following year and earned promotion to full professor in 2014.

Van Ausdall had a strong research interest in the sacred art of the Renaissance and the ways in which it manifests itself in both Italian and Northern European imagery. Author of a recent article entitled “Communicating with the Eucharist: Sacramental Images and Spiritual Communion,” she had also published, with two co-editors, a multidisciplinary book on Eucharistic worship in the Middle Ages.

Co-director in the spring semester of 2008 of the Kenyon in Florence Program, Van Ausdall taught a seminar there on early Renaissance Tuscan sculpture and team-taught an interdisciplinary course with Professor of Music Reginald Sanders, “Art and Music of Renaissance and Baroque Italy.” She directed the Kenyon in Rome Program in the fall semester of 2011 and again in 2016.

“Kristen was a gifted scholar and teacher,” said Professor Emeritus of Art History Gene Dwyer, a longtime colleague. “She was the most thoughtful person I ever met, and she wrote like an angel. She was the perfect humanist. To borrow from Erwin Panofsky’s formulation, ‘The humanist rejects authority, but respects tradition.’ She insisted on a high standard from students, colleagues and most of all from herself. Her death is an irreplaceable loss to the community.”

Van Ausdall had twice served as chair of her department, and she had been a chair or member of numerous faculty and administrative search committees. She had also served on the faculty’s Executive and Tenure and Promotion committees as well as the Resource Allocation and Assessment Subcommittee. Her professional affiliations included the Association of Members of the Institute for Advanced Study, the College Art Association, the Italian Art Society and the Renaissance Society of America.

“I don’t think there is any question that I will remember Kristen first and foremost as a truly great mentor,” said her colleague Austin Porter, assistant professor of art history and American studies. “She was unbelievably helpful, kind and generous with her time from the moment I arrived on campus. I spent many hours with her discussing aspects of teaching specifically. But I also counted on her for advice on many other issues as well, and I know that the students did, too. She was a very warm, giving person who clearly enjoyed her role as a teacher-scholar, and as a mentor.”

Assistant Professor of Art History Brad Hostetler agreed with that assessment. “Kristen was a model mentor, building close relationships with each of her students,” he said. “Her office was next to mine, and she spent hours talking with them, often late into the evening. Through her generosity and friendship, Kristen cultivated a family of students and colleagues.”

Memorial contributions may be made to the Department of Art History, for the benefit of its students, in care of the Office of Development, 105 Chase Avenue, Gambier, Ohio, 43022-9623.  “Kristen loved teaching,” said Pringle. “For her, it was all about the students, always.”

Matthew Culler ’03, who studied with Van Ausdall, went on to earn a doctorate at the University of California, Berkeley, and recently returned to Kenyon as a faculty member in art history, offered his own testimony to that fact. “Kristen enriched my life in spheres as wide as her spirit,” he said. “She was my professor and mentor, but also a mother to me in her way; I’m probably not the only student at the College to feel like her child. I spent hours cradled by the old wooden chair in her office, learning, venting, seeking advice.

“One of my favorite memories of Kristen took place far from Kenyon,” he remembered, “an impromptu picnic beneath the dusk-drenched cliffs of Gold Bluffs Beach in California, her smile pushing her eyes up into a squint as we watched the sunset.”

A campus gathering to celebrate Van Ausdall’s life will be scheduled and announced at a later date. 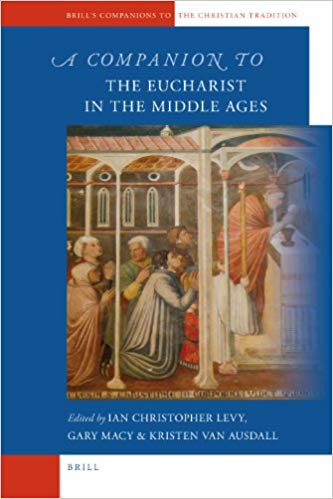