A Long Way Home for ‘Looted’ Art Is Getting Shorter

Curators at major museums are increasingly grappling with a thorny topic: restitution. 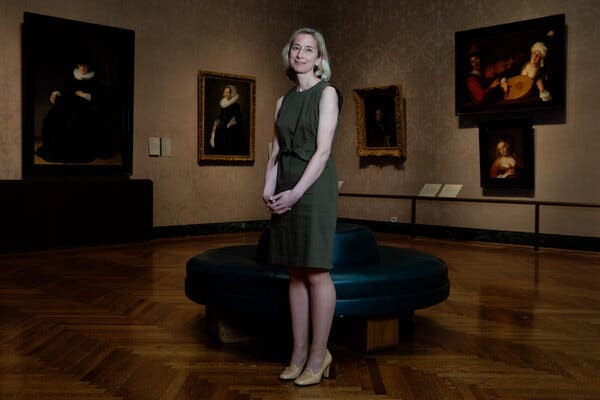 Victoria Reed, the curator for provenance at the Museum of Fine Arts in Boston, has been a leader in the museum field in restituting looted works of art.Credit...Kayana Szymczak for The New York Times

This article is part of our latest special section on Museums, which focuses on new artists, new audiences and new ways of thinking about exhibitions.

BOSTON — At a time when so-called looted works of art and how to return them to their rightful owners has become a major challenge for museums, Victoria Reed’s role at the Museum of Fine Arts in Boston could not be more crucial.

As the museum’s curator for provenance, she is responsible for leading the effort to verify the history of an object’s ownership and oversee restitution if it was deemed to have been obtained illegally — typically, stolen during warfare, plundered during conquests or colonization or purchased through forced sales.

The task at the Museum of Fine Arts is a tall one. The museum, founded in 1870, now holds more than 500,000 artworks in its collection. Since 1997, 14 claims involving 43 objects have been resolved either by returns or through financial settlements.

But the Boston museum is hardly alone. The issue of repatriation has roiled the museum world in recent years, generating headlines about museums reacting to claims from individuals and countries regarding objects that are said to have been stolen, illegally excavated, or improperly imported or exported.

The pitfalls and complications are many, as demonstrated by a group of Benin bronzes that occupy an uncomfortable limbo at the Museum of Fine Arts.

For the first time, the museum, through Ms. Reed, has acknowledged that the statues should be returned to Nigeria, where they originated.

“These are indisputably looted works of art,” said Ms. Reed, standing in the Benin Kingdom gallery as visitors milled about late on a recent Friday afternoon. “They are not acceptable under our collections policy, and we are prepared to pledge to restitute them.” 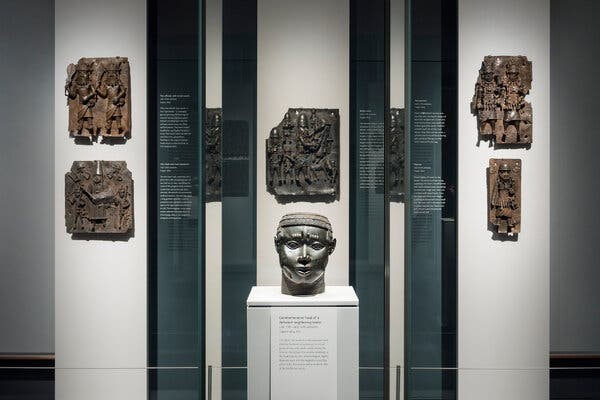 The situation is complicated by the fact that of the 32 bronzes on display, which date from the 16th to the 19th centuries, the museum only owns four, which were donated by the New York collector Robert Owen Lehman Jr., also known as Robin. He still owns the remaining 28, which are on loan, and has not spoken publicly about the collection, which he acquired through dealers and at auctions. He could not be reached for comment.

Mr. Lehman, an 85-year-old former documentary filmmaker, is the son of the renowned American banker Robert Owen Lehman Sr., the longtime head of Lehman Brothers, who died in 1969. The Robert Lehman Wing at New York’s Metropolitan Museum of Art, which is named after the elder Mr. Lehman, features some of the large trove of artworks that the family has collected.

The Kingdom of Benin was in what is now southwestern Nigeria. In 2012, when the donation of the bronzes was announced by the Boston museum, Yusuf Abdallah Usman, the director general of Nigeria’s National Commission for Museums and Monuments, sent a letter asking the museum to “return these works to their home.”

“We would like to keep the collection together,” Ms. Reed said in a recent interview. “And in the meantime, we wanted to keep them on view for our audience to have conversations about them.”

Though returning an artwork is the exception rather than the rule, the exceptions are often newsworthy and significant.

Last fall, the Museum of Fine Arts Boston reached an agreement to return “View of Beverwijk” (1646) by Salomon van Ruysdael, a Dutch painting stolen during World War II, to the heirs of Ferenc Chorin, a Jewish Hungarian collector who deposited it in a Budapest bank before fleeing the country in 1944. The bank reported that Mr. Chorin’s vault had been emptied in January 1945 during the siege of Budapest. His heirs plan to sell the work at Christie’s New York in June. 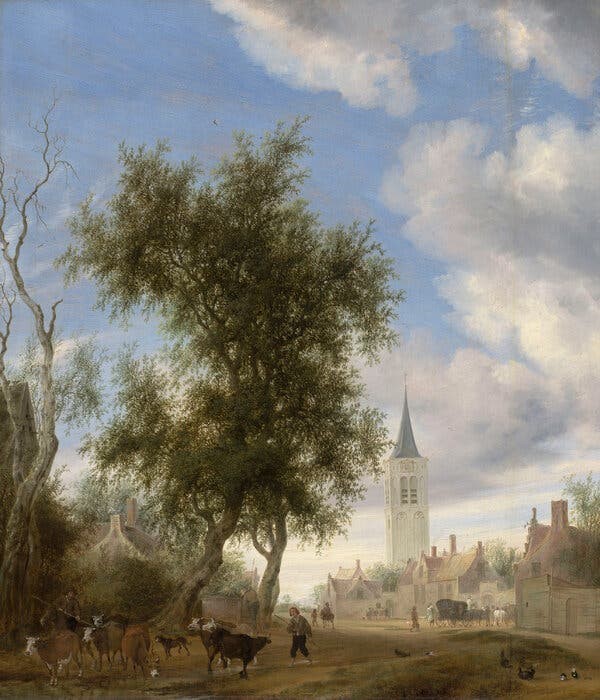 Last fall, the Museum of Fine Arts Boston reached an agreement to return “View of Beverwijk” (1646) by Salomon van Ruysdael, a Dutch painting stolen during World War II, to the heirs of Ferenc Chorin, a Jewish Hungarian collector who deposited it in a Budapest bank before fleeing the country in 1944. The bank reported that Mr. Chorin’s vault had been emptied in January 1945 during the siege of Budapest. His heirs plan to sell the work at Christie’s New York in June.

The moral choices underlying such stories are what motivate Ms. Reed. “We can’t be public institutions and displaying stolen artwork,” she said.

Though the issue of rightful ownership has been looming for a decade, the intensity has recently increased. In November, the Denver Art Museum returned four works to Cambodia, including a bronze bell dating to the first century B.C., which had been in its collection for 20 years.

That same month, the Met transferred three works to the Nigerian National Collections, and, earlier this year, a Greek bust of a veiled woman’s head dating to 350 B.C. was seized from the Met, where it was on loan, and returned to Libya by the Manhattan district attorney’s office.